The development of an aptamer-based electrochemical sensor for lung cancer detection is presented in this work. A highly specific DNA-aptamer, LC-18, selected to postoperative lung cancer tissues was immobilized onto a gold microelectrode and electrochemical measurements were performed in a solution containing the redox marker ferrocyanide/ferricyanide. The aptamer protein targets were harvested from blood plasma of lung cancer patients by using streptavidin paramagnetic beads and square wave voltammetry of the samples was performed at various concentrations.

In order to enhance the sensitivity of the aptasensor, silica-coated iron oxide magnetic beads grafted with hydrophobic C8 and C4 alkyl groups were used in a sandwich detection approach. Addition of hydrophobic beads increased the detection limit by 100 times. The detection limit of the LC-18 aptasensor was enhanced by the beads to 0.023 ng/mL. The formation of the aptamer – protein – bead sandwich on the electrode surface was visualized by electron microcopy. As a result, the electrochemical aptasensor was able to detect cancer-related targets in crude blood plasma of lung cancer patients. 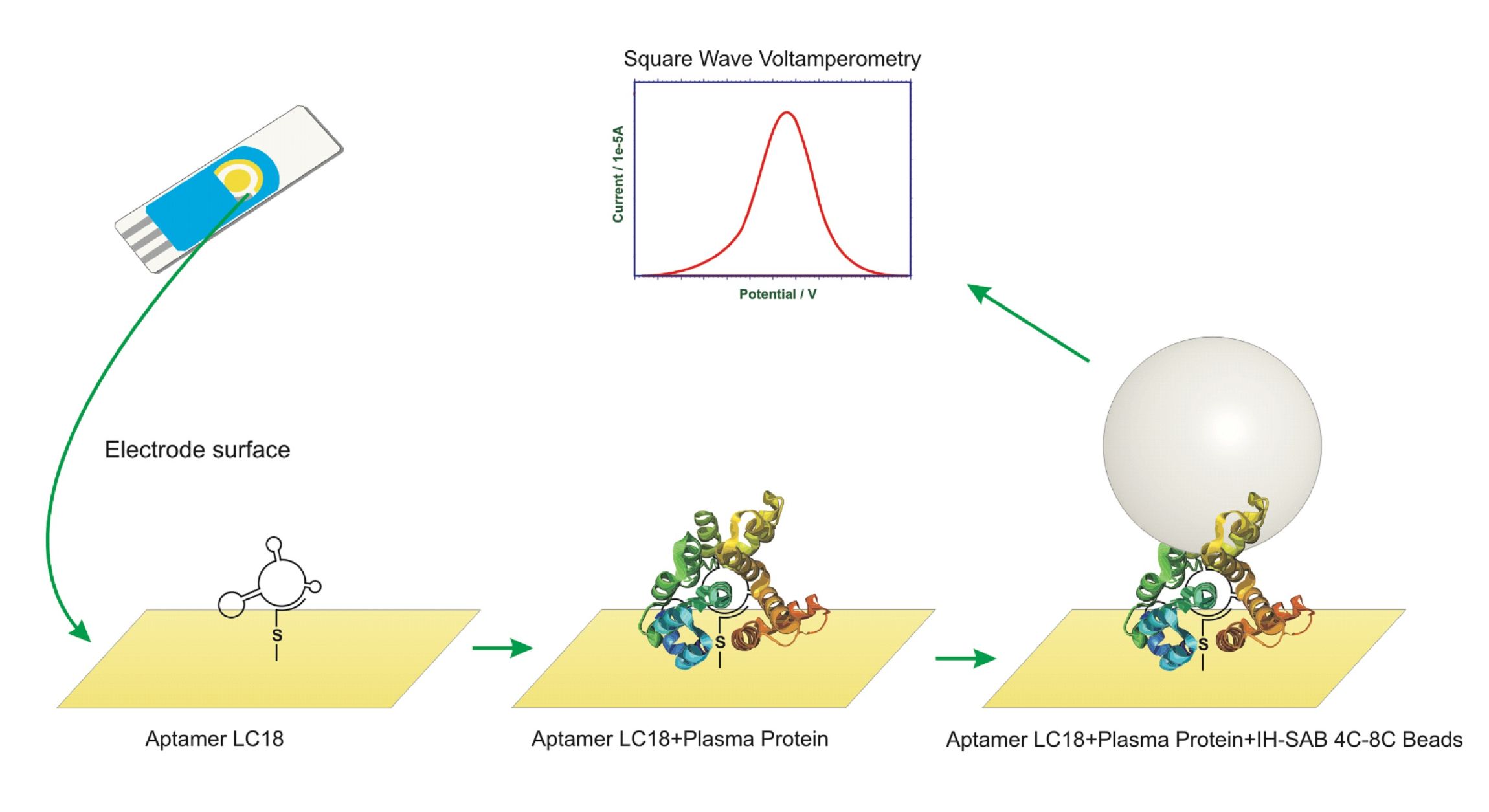